Home » Arrested In Dallas?
Previous Next

Southern Bail Bonds Dallas can help! If you or a loved has been arrested and needs immediate help with posting the bail bonds for that arrest, Southern Bail Bonds can help you get our bonds posted quickly. When someone is arrested and sent to a detention (jail) facility in Dallas TX, the family’s main concern is getting their family member out of jail and back home as quickly as possible. Having a solid understanding of exactly how the bail bonds process worked is key. Unfortunately, most individuals do not fully understand how the process works, which is where our bail bonds agency comes in.

What’s The Process For Obtaining Bail Bonds in Dallas?

Let’s talk briefly about the process for obtaining bail bonds in Dallas and cities in Dallas County. In general, here’s how the bail bonds process works in Dallas and surrounding cities. Obtain bail is the process where a defendant being held in detention is released based on a set amount of money that is used as a guarantee that they will appear for all court hearings related to the charges associated with their arrest. The amount of bond is intended to be great enough to prevail upon the defendant to show up in order to have the bail money refunded upon getting a disposition on their case.

What Happens After A Person Is Arrested?

Once the defendant is taken into a custody, they must then go through the book-in process. This means getting fingerprints taken, phone, or mugshot, taken, and then seeing the judge or magistrate to have the charges formally set. It’s at this magistrate hearing that the bond amounts are also set. Most defendants will have know what their bond amount is at the end of this hearing. For other, there is the possibility that the magistrate will request additional information before setting the bond. If that’s the case, an alternate bond hearing will be held once the magistrate receives whatever information they requested.

Is Everyone Guaranteed A Bond?

No. While the right to bail is included in the constitution, there ARE exceptions! For some defendants their charges and the circumstances around their charges may be such that they pose an immediate threat to themselves and the community. They may also be considered a flight risk, which means the defendant could be released on bond and immediately “jump” bond and become a fugitive from justice.

How Much Is Bail?

The amount of a defendant’s bail varies depending on the known circumstances, the jurisdiction and the charge they are accused of. Many jurisdictions use a bail schedule to assist in keeping uniformity of bail amounts, however the judge does have some discretion to set bail based on individual circumstances related to the charge. 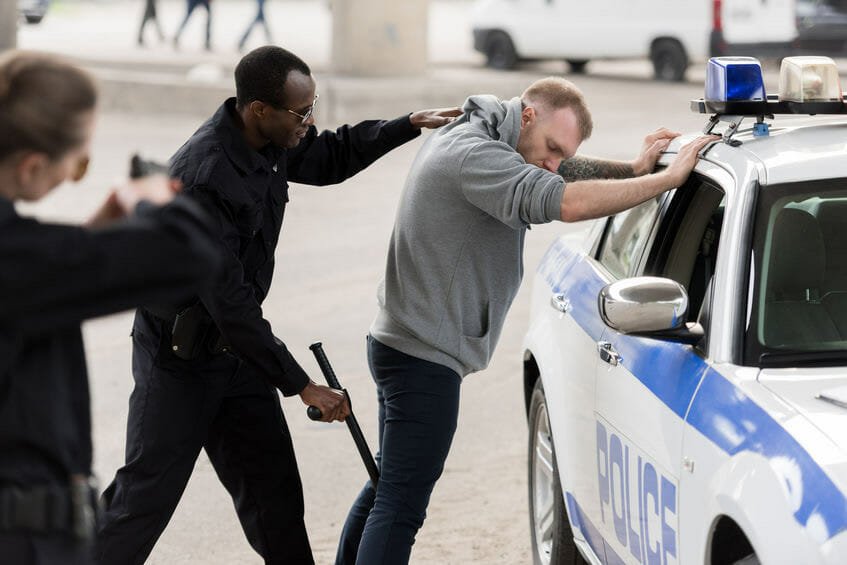 Once bail eligibility has been set, the type of bail will generally be one of the types listed below:

– The full amount of the bond has to be paid in cash. For example, if the magistrate sets the bond at $1,500.00, the defendant or the defendant’s family will need to pay $1,500 in cash at the appointed location in order for the defendant to be released. A surety bond can not be used in this instance. While this use to be a rare occurrence in Dallas and Texas in general, it is becoming more commonplace. This is partially a result of the numerous PR bonds that were given during the big push for “bail reform” that resulted in most recipients not showing up for court and forfeiting their bonds. Just a note: The misinformation provided during the push for bail reform is enough to fill 5 additional posts, and will be covered at a later date!!

If the full about of the bail is paid in cash, the person posting the cash is entitled to a refund if the defendant attends all of their court dates. There may be a small amount deducted for admin fees, but otherwise most of the funds should be returned.

For instance, a defendant with a bond amount of $10,000 could expect to pay between $800 and $2000. Why the large difference? Well, the defendant may have a previous criminal history may involved a missed court date in the past. Or the cosigner may not be very strong, which means the bail bondsman is taking a greater chance if the defendant were to miss a court date. The bondsman may also ask for some sort of collateral to help secure the bond. Once the defendant completes all of their court dates, as long as the bondsman hasn’t had to incur any additional fees, the collateral will be returned.

– A Personal Recognizance Bond, also known as a PR bond, is when a magistrate allows the defendant to be released with just a signature and a promise that they will appear for all future court dates. Prior to the bail reform movement, PR bonds were mostly used for petty or minor charges. But they are now also being issued for more serious charges. Of course, there is a valid concern from the general public regarding whether or not victim and community safety is even considered when PR bonds are issued for serious charges.

We know navigating the bail bond process can be daunting and confusing, not to mention a bit scary. Southern Bail Bonds Dallas can help. It’s not uncommon for our customers to be completely unfamiliar with the Dallas Bail Bond process. And most customers have questions that need to be answered before they can make the best decision for them or the person they are trying to post bail for.

At Southern Bail Bonds in Dallas our professional Bail Bondsmen are available for free phone consultations 24 hours a day, 7 days a week.

We follow the CDC’s recommended guidelines for social distancing due to COVID-19. Our office is set up to provide protection for both our clients and our employees. We offer the choice of coming into our office to process your paperwork in person or if you’re using a card, we can process your bond right over the phone – You never have to leave home!

Call Us Now! 214-372-2500 and get the answers you need regarding Bail Bonds in Dallas, TX to make an informed decision. We accept collect calls from Dallas County Lew Sterrett jail facilities.

By Patrick Hill|Bail Bonds in Dallas|Comments Off on Arrested In Dallas?

About the Author: Patrick Hill