What Happens To A Bail Bond When The Case Is Over?

Home » What Happens To A Bail Bond When The Case Is Over?
Previous Next

What Happens To A Bail Bond When The Case Is Over?

What Happens To Bail Bonds When the Case Is Over? 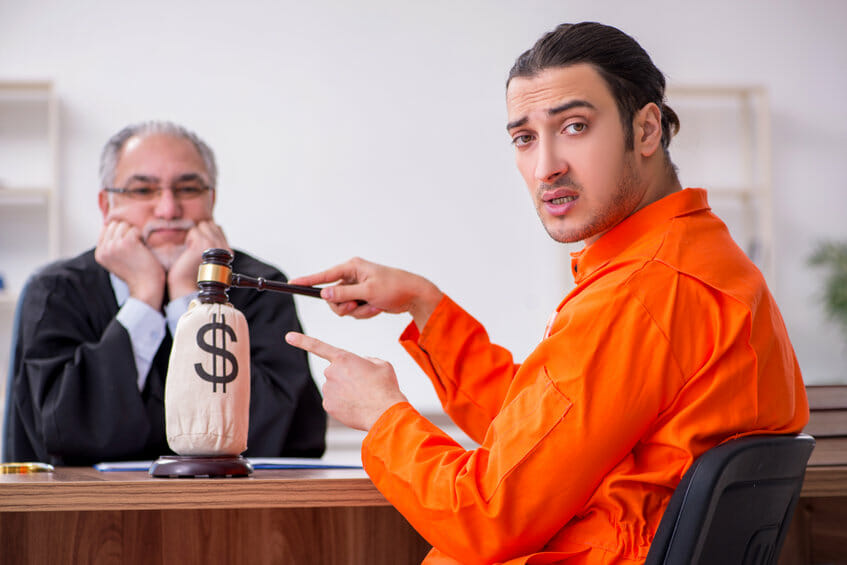 The Purpose Of Bail Bonds

Bail bonds can help alleviate some of the stress associated with being arrested. Bail bonds are used to allow defendants to be released from jail and guarantees their return to court as required while they await the outcome of their case. Bail bonds are mostly paid by family or close friends, or even sometimes a combination of both. Knowing about bail bonds is crucial for keeping your loved ones out of jail while waiting on their case to be resolved and for avoiding having to pay with your own money.

Bail Bonds After Your Case Is Completed

If you are arrested for a crime, charges will be filed against you. When you are arraigned in court, and the charges are read to you, you will be informed of the amount of your bail bond. Bail Bonds aren’t automatic. Some individuals may not have the opportunity to post bail bonds. Why? Well, dependent on the nature of the offense a judge may determine that a particular defendant is too great of a risk to the community to be let out of custody. In this situation, no bail bonds will be set for that defendant. If that’s the case, the defendant will remain in custody until they receive a disposition on their case.
Fortunately, the law allows for the posting of bail bonds for most cases. This is a legal term where the court orders a defendant or surety company can deposit a specific sum of money or property to secure the defendant’s release. This guarantees that the defendant will remain free until the conclusion of their case as long as they appear for any court dates or court requests as the court deems necessary. Because most arrests are unplanned, most people are unable to post bail because the amount is too large for them. Fortunately, licensed bail bonding agencies can help you pay your charge’s bail. Southern Bail Bonds Dallas can help your family or friends post your bail which in turn, allows you to be released from custody while your case is progressing.

As already said, bail ensures that the client will return to court and finish the remainder of the trial. If a defendant is in office, they can apply for bail or start the process for a walk-through bail bond on their own, have a family member accompany them or have a family member process the bond ahead of time. It’s vital to remember that the obligation isn’t a punishment or a crime; instead, it’s a way of releasing a defendant from detention while the case is being heard. Each county has its own bail system, which governs the bond amount that an accused individual must post to a certain degree. But in Texas, bail bond regulations are set by the State legislature and all bail bonding companies must abide by those regulations. Violations of bail restrictions might jeopardize a defendant’s freedom as well as the bail that’s been granted.

Bail is not a penalty or a criminal violation, as previously stated. If you pay the full amount of the bail bond at the court house, you have the right to have your money returned if you do not violate the bail terms. However, the outcome of the case has no bearing on your bail. Following the end of your case, as long as you’ve stayed in compliance with all court request, no matter what the case outcome is, whoever paid the bail amount to the courts will be entitled to a refund, minus a small fee assessed by the courts. If, on the other hand, you did not follow all court orders or missed court dates, the amount paid could be forfeited to the courts with no refund of any amount.

The outcome of your criminal case has no bearing on your bail recovery. The bail money is refunded to the payer after your trial as long as the full amount of the bond was paid to the courts in cash or property. If the defendant used the property to obtain their release, following the case’s conclusion, the property will be released back to the owner.

If a defendant posts bail with a bond company and fails to appear in court, the courts will issue a warrant for the defendant’s arrest. Either law enforcement officers or officers from the bail bonds company will locate the defendant and return them to custody. At this point most judges will either double the previous bond amount or not allow a bond amount at all. The bail bonds company has the right and authority to have the defendant arrested. Most bonds companies have Fugitive Recover agents, better known as Bounty Hunters) they work with to help them locate defendants who have skipped or jumped bail.

The cosigner will be responsible for paying any expenses incurred by the bail bondsman for having to hire a bounty hunter, along with any expenses or fees assessed by the courts. If the cosigner used collateral to secure the bail bond, that collateral will be liquidated and all expenses and fees will be deducted from the liquidation. If there are funds remaining after all expenses have been satisfied, the difference will be returned to the cosigner.

The bail process is not as complicated as many people think it is. Working with a qualified professional bail bondsman who knows the bonding process will greatly reduce any possible problems. Also, a professional bondsman like Southern Bail Bonds can help alleviate much of the stress your or your family may have by answering your questions and getting your bail bonds posted quickly and efficiently.

Here at Southern Bail Bonds Dallas, we are often asked what happens to bail bonds when a case is over.

Here’s a quick explanation: The whole purpose of Dallas Bail Bonds is to ensure that the defendant returns to court for all scheduled court appearances, and stays in compliance with the conditions of their release while awaiting trial and a final disposition of their case. When the defendant’s case has concluded, bail is no longer required. As long as the case has concluded, the court will release the bond – regardless of whether the defendant is found guilty or not guilty.

In turn, this releases anyone who co-signed on the bond from any further responsibility related to the defendant making court appearances. The Dallas County Bail Bonds agent is also released from any obligation to the court.

By |Bail Bonds in Dallas|0 Comments