Home » What Does Out on Bail Mean?
Previous Next 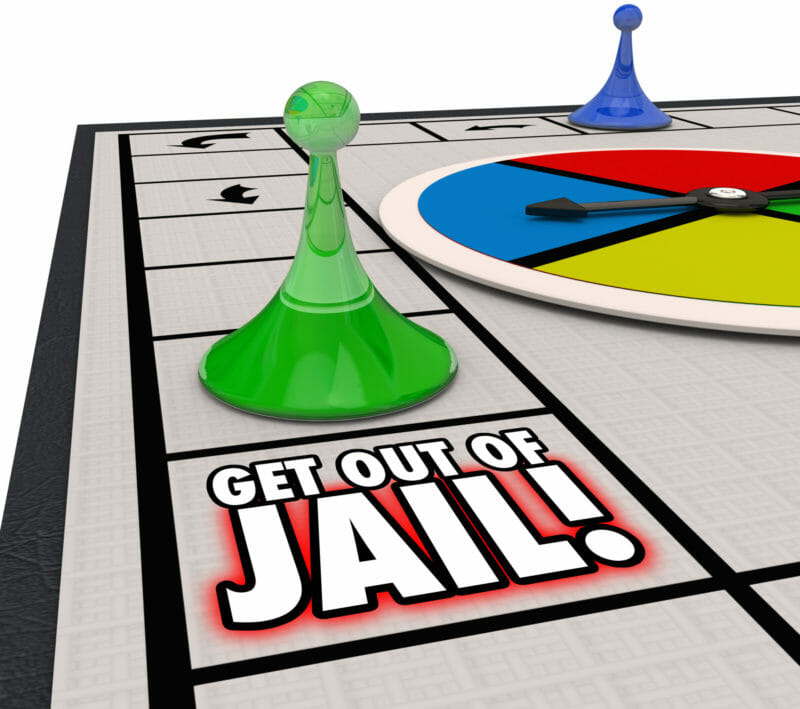 We know that dealing with criminal charges can be overwhelming, so if you’re wondering, “what does out on bail mean?” this article contains information that can help. Southern Bail Bonds has supported the North Dallas community for years and can provide any additional information you need. When you need a bail bondsman in North Dallas, we can help.

The court must consider anyone accused of a crime innocent until proven guilty in the United States justice system. This rule means that the government can’t sentence you to prison time without you being found guilty at trial or you pleading guilty. However, the government also needs a way to ensure suspects return to court as scheduled. This is where the bail system comes into play.

Every citizen of the United States is entitled to a fair trial. This right means that you will have an opportunity to appear in court with an attorney and present your case. The court will give you time to present a defense, cross-examine witnesses, and respond to the arguments made by the prosecution.

However, waiting for a trial can take a long time, and most people don’t want to spend that time in jail. Fortunately, the bail system allows defendants to return home during the waiting period, allowing for better preparation and less interference with their everyday life. So, to answer, “what does out on bail mean?” is to say that you can wait for your trial at home rather than in jail.

When the police arrest someone for a crime, the court typically grants them an opportunity to post bail. This payment allows you to return home while waiting for your trial date rather than being held in jail. Paying bail requires you to comply with some restrictions, but the state will return the bail payment as long as you do so.

How Does the Bail Process Work?

Posting bail allows people suspected of crimes to avoid remaining in jail while waiting for trial. At your first court appearance, the court will set the conditions of your bail unless the judge chooses to deny it. After that, the court sets the amount based on the nature of the charges, intending to return the payment as long as the defendant complies with the bond terms.

The bail payment is not a fine or penalty for a crime; instead, it serves more like collateral. Defendants must appear at court or lose their bail, therefore, providing a powerful incentive for attendance. It’s also crucial to consider that the court records violations of the bail conditions and may use that to deny bail entirely in the future.

While posting bail is not required to prove your innocence, it is almost always the best option. Defendants who do not post bail must wait for their trial date in jail, which can be traumatic. The process can also be quite lengthy, mainly if the court is dealing with many cases at once.

Posting bail can allow you to plan your defense more effectively with your attorney and prevent you from missing work or other obligations. The financial costs of being absent from your job and additional associated costs can often exceed the bail price. For these reasons, paying bail is the right decision for most defendants in the United States.

Unfortunately, circumstances sometimes make it challenging to pay bail immediately. Being unable to pay bail can lead to the defendant spending extended time in jail, even if the court ultimately finds them innocent. Read the following section to learn how Southern Bail Bonds can help if you’re currently in this situation.

What Are Bail Bond Companies?

These companies pay the bond upfront and get the money back after the trial. The process operates similarly to a loan, with the company receiving a fee for its services. While the total amount will be more than the principal bail amount, the costs that fall on you will be much lower if the court returns the bail.

Bail bond companies may need to verify that you qualify for bail, so be sure to answer their questions honestly. These may include questions about your criminal history and where you live. As long as you qualify for parole, there shouldn’t be any issues.

If you’re looking for a bail bond company in North Dallas, Southern Bail Bonds is a trusted and experienced option. We know how stressful this time can be, and our trained professionals will make the process as easy as possible. Visit our website or call 214-372-2500 to learn more about what being out on bail means for you.

Who Is Eligible for Bail?

Most individuals accused of a crime will be eligible for bail. However, the court may deny bail for severe offenses or individuals considered high risk of fleeing the country. If you feel the court has rejected your bail unjustly, your best option is to contact a criminal defense lawyer specializing in this area of law.

A judge may also deny bail to a defendant if they consider them a danger to themselves or others or if the defendant has given the police false information. Unfortunately, a bail bonds company can’t help you get bail if the court has denied you bail.

The cost of your bail will depend on what crime the court is accusing you of committing and your personal criminal history. If you are facing felony charges, your bail payment will likely be higher than it would be for a misdemeanor. Repeat offenders will often pay higher bail amounts than those with clean records.

When Is Bail Offered?

Bail can be offered either before or after charges are filed. Although the process is similar in both cases, there are some significant differences to keep in mind. Read the following sections if you want to know what it means to be out on bail.

The police can sometimes offer bail before filing charges. In these instances, the person under investigation must return to the police station at a specific time so they don’t violate the terms of their bail. The police then have a 28-day timeframe to decide whether or not to file charges.

The police often offer this type of bail when they need time to complete their investigation or if they are still deciding whether or not to press charges.

When the police file charges against someone, defendants must remain in custody until their trial. The alternative is paying post-charge bail, which allows individuals to return home until their trial date. This type of bail is available to most defendants, except for those suspected of serious offenses.

Conditional bail is a specific type of bail offered when there is a reason to believe it would be too risky to offer standard bail. For example, this may apply if the court deems a defendant a flight risk or has concerns that they may re-offend.

This type of bail should only apply when necessary, as there is a presumption towards unconditional bail in the law. If you feel the court may have wrongly denied you unconditional bail, you should consult with a criminal defense attorney.

Different conditions may apply based on the circumstances of the case. These can include electronic monitoring, house arrest, alcohol or drug monitoring, and curfews. When determining whether or not to apply these conditions, the court will consider various factors, including criminal history, past bail violations, and the risk to alleged victims.

How To Make Sure Your Bail Payment Is Returned

Once bail has been posted, it’s essential to make sure you comply with all of the conditions of your release to ensure the court returns your deposit. The most crucial of these rules is that the defendant appears on all trial dates. Missing a trial date will typically result in the court finding you in violation of your bail.

However, other rules may apply as well. For example, if the crime involved drugs or alcohol, the court might require that the defendant participates in a treatment program or testing regimen. Restrictions on out-of-state trials are also commonly applied if the court is concerned the suspect may leave the area.

A bail violation is a serious offense. Firstly, violating your bail will typically result in the court canceling your bail, which means that you won’t get your bail money back. Also, you must await your trial from jail going forward.

The court may also issue a warrant for your arrest, leading to additional charges beyond the initial case. Even if the court finds you not guilty, violating bail can cost you significant money and time.

The legal system is complex and challenging to navigate, so finding professionals you can trust is crucial. While selecting an effective defense attorney is vital, finding a trustworthy and experienced bail bond company is also essential. If you still have questions about what being out on bail means or how to start the process, speaking to a bail bond agent can be an excellent next step.

Now that you know how to answer, “what does out on bail mean?” it’s time to get started. If you’re facing a bail payment you’re not sure how to pay, Southern Bail Bonds is here for you. We have worked with thousands of clients and can make the process easy for you. Whenever you need a bail bond agent in North Dallas, you can count on Southern Bail Bonds.

By |Uncategorized|Comments Off on What Does Out on Bail Mean?