Get Them Home Today!*
Flexible Payment Options
No Annual Fees 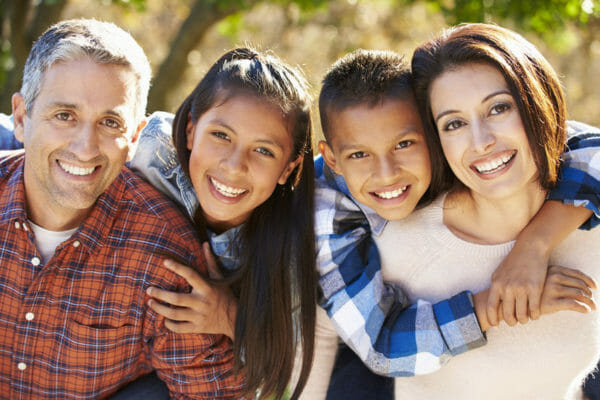 If you’re searching for immigration bonds, most likely you have a friend or loved one that is being held in an immigration detention center. Or maybe they have an “illegal alien” hold at a county jail facility and they are awaiting transportation to a federal detention center.

What Are Immigration Bonds?

An immigration bond is what the I.C.E. officials will request to be used as a guarantee that if the detainee is released, they will appear for all of their court hearings. Basically, it’s an agreement/contract where the person posting the bond on behalf of the detainee promises to ensure that the detainee will not only appear at all court hearings, but they will also abide by any requests made by the Department of Homeland Security. Those requests may include ICE conducting residency checks from time to time to ensure the alien actually lives at the location listed in their immigration bond paperwork.

Keep in mind that posting immigration bonds does not mean your deportation case is done. It is usually just the beginning. As mentioned above, the person who was bonded out will still need to go to all of their court hearings. Missing a hearing could mean the difference between having a successful outcome where they are allowed to stay in the country, or having an outcome where they can be ordered to be deported without an opportunity to provide evidence to the judge that would allow them to remain here in the U.S. If that happens, any money that was used to post the immigration bonds will be lost.

Southern Bail Bonds always suggests that individuals who have been granted an immigration bond should get the bond posted as quickly as possible. Anyone dealing with deportation proceedings should hire a qualified attorney who can help them navigate the system and help with getting the best outcome possible for their case.

Did you know that most immigrants who are undocumented that get detained by I.C.E. are eligible for immigration bonds? Of course there are exceptions, but for the most part detainees are eligible for immigration bonds as long as they meet certain requirements. If your family member or loved one has been detained by the Department of Homeland Security Immigration and Customs Enforcement then in order for them to be released while awaiting their hearing, the ICE Form I-352 (Immigration Bond Form) will need to be posted.

Once the detainee has been transported to the ICE field office, an official or judge will see them. That official will determine if the detainee is eligible to receive a bond. If the detainee arrives early enough, ICE can assign the bond as early as 10:00 am. But in most cases, for those who are eligible, their bonds will be assigned by 2:00 pm on the day of their arrival.

The purpose of an immigration bond is to provide essentially the same guarantee as other bail bonds, in that their purpose is to guarantee the appearance of the immigrant to all court hearings while their case is open. Additionally, it is a guarantee that the detainee will abide by the final decision made by the courts. Even if that decision is for the detainee to leave the country.

How Much Do Immigration Bonds Cost?

Most bondsmen shy away from these types of bonds because of the very high risks. The lack of availability of bondsman who will take on immigration bonds makes it even harder for families to get their loved ones out of immigration detention. Families often do not have the funds readily available to cover the full amount of a loved one’s immigration bond.

That’s where Southern Bail Bonds Dallas can help. Our highly trained agents are familiar with the federal immigration bonding process and we are able to post immigration bonds for any detention center in the U.S. We also have payment options that can assist families with getting their loved ones home quickly, often times the very same day!

Who Is Eligible For Immigration Bonds?

While most detainees will be eligible for immigration bonds, it doesn’t mean all detainees are automatically eligible to receive bonds. Detainees are eligible for immigration bonds when they can prove they are not a flight risk and that they are not a danger to the community. Even if a detainee has a criminal record or was brought to the attention of ICE due to a pending criminal charge, it does not mean they will automatically be rejected for a bond.

Each case is reviewed separately and the decision to grant or deny a bond will be based on the judge or official reviewing all of the information in front of them. But there are some conditions that may cause the detainee to not receive a bond:

Delivery Bond
The delivery bond allows the detainee to be released from custody with the understanding and guarantee that the detainee will be present for all deportation hearings and will abide by the final decision of the court. This bond must be fully collateralized.

Voluntary Departure Bond
The voluntary departure bond provides a guarantee that the detainee will leave the country by a specified date and time on their own without having to be removed by I.C.E. Documentation must be provided that shows evidence of the detainee’s departure.

* Most bonds that are processed early in the morning will result in the detainee being released the same date. The later in the day that bonds are processed, the more likely the detainee will have to wait until the next day to be released.

** Covid-19 Alert – detainees in most of the detention centers will now require a medical clearance before being released. This clearance requires the detainee to be tested and have a negative result for Covd-19 before they can be released. If test results arrive late in the day, it could mean the detainee has to wait until the next day to be released. ICE stops processing bonds at 3:00 pm at most facilities.

Contact Southern Bail Bonds at 214-372-2500 – we can help you get immigration bail bonds posted and get your loved one back home quickly.

NOTE: Southern Bail Bonds does not provide legal advice of any kind, and nothing on this page or this website should be considered as legal advice. If you require legal advice, please contact a qualified attorney of your choice.