Dallas Dui Laws: What Happens After Your Arrest

Home » Dallas Dui Laws: What Happens After Your Arrest
Previous Next

Dallas Dui Laws: What Happens After Your Arrest 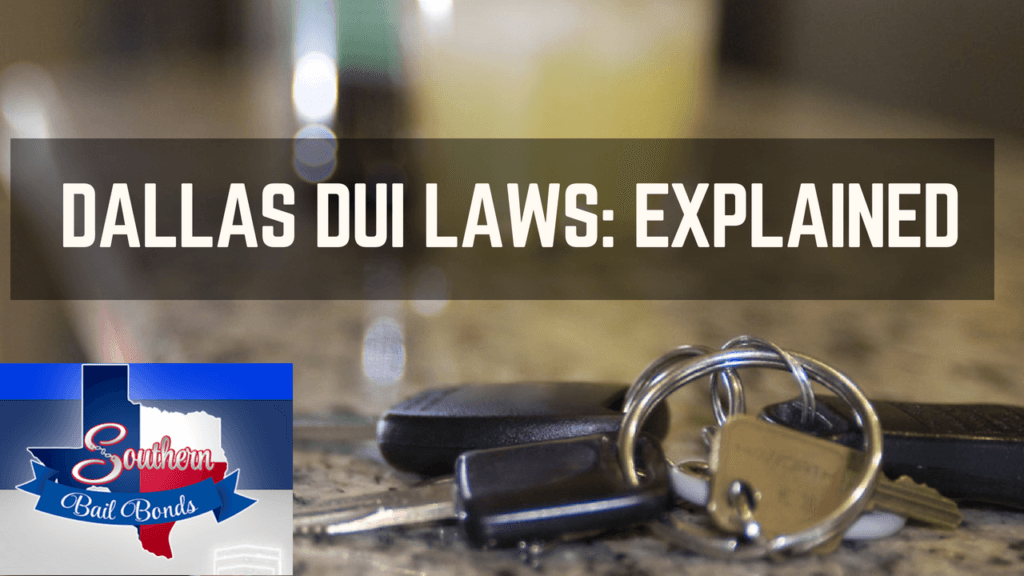 As a professional bail bondsman in Dallas Texas, we recommend you don’t drink and drive. Although this may not be news to you – there are serious consequences when it comes to drinking and driving in Dallas.

The provision states in Penal Code 49.04 that a person commits an offense if the person is intoxicated while operating a motor a motor vehicle in a public place.

Does Marijuana count as a DUI offense: Although DWI stands for “driving while intoxicated”, the law in Dallas still considers marijuana and other classified drugs as a DWI offense. The reason is when you’re intoxicated with marijuana, you’re likely to be a danger to the public when driving your vehicle.

How many drinks are considered “drunk” in Dallas Texas? You don’t have to be drunk to be arrested. In many cases, our clients whom we’ve had to bail have reported that even after one drink you’re still prone to arrest. Anything after that you’re going to get arrested. We recommend that if you need to drive home after some drinks, then reach out to a local Dallas transportation company to give you a lift.

What To Do After A DUI Arrest

If you’ve been arrested in the Dallas County area, you need to hire a Dallas Bail Bonds company. Southern Bail Bonds is Dalla’s #1 bail bondsman offering flexible payment plans, affordable bail bonds services in Dallas and a 24-hour bail bonds service. You can read more about our company here and receive a free quote by contacting us today.

We proudly service the following areas:

Note: This is not to be considered legal advice. If you any questions regarding Texas DWI/DUI laws, please consult a licensed attorney.

By |Uncategorized|Comments Off on Dallas Dui Laws: What Happens After Your Arrest