Cite and Release in Dallas – What You Need To Know

Cite and Release in Dallas – What You Need To Know 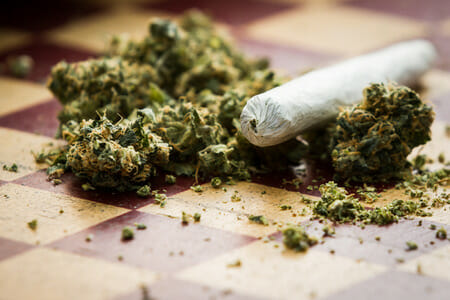 The Cite and Release policy has gone into effect for Dallas. What does this mean? Well, as of now police will no longer arrest people for being in possession of small amounts of marijuana – 4 ounces is the cut-off.

Does This Mean Marijuana Is Legal in Texas Now?

No! Marijuana is still illegal in Texas and you will still face the same charges and be subject to the same penalties. The only difference is that you won’t be arrested simply for being in possession of small amounts of marijuana.

You could still be arrested if you are stopped, and it turns out you have an outstanding warrant or if being in possession of marijuana violates any conditions of a previous court order – like say, probation or parole, etc.

And another thing to understand is that just because a person is being given a citation doesn’t mean it’s simply a traffic ticket. It’s till a Misdemeanor office and the person receiving the citation will still be required to appear in court and go through the regular legal process.

The only difference is that no initial arrest will be made since it’s considered a minor drug offence. This helps Dallas County free up space in an already overcrowded jail system.

But make no mistake – if the defendant does not appear at court when required then a warrant will most likely be issued immediately and the defendant will then be arrested. At that point, in order to get out of jail while awaiting trial, the defendant will need to post a Dallas Bail Bond as usual.

That means you will be placed on probation, will need to completed a prescribed amount of community service, attend treatment classes and submit to being drug tested. If you do all that – on time – your charges will be dismissed.

Er’body Ain’t Wit It Tho!

All of this just applies to the city of Dallas. You get caught in other Dallas County cities like Richardson, Garland, Grand Prairie, DeSoto and you will most likely still be arrested! You might be released on a PR bond (a personal recognizance bond) where you don’t have to pay a bail bonds agent, but you will still be required to make court appearances.

If you or your loved one has been arrested for drug possession, please give us a call at 214-372-2500 – Southern Bail Bonds Can Help!